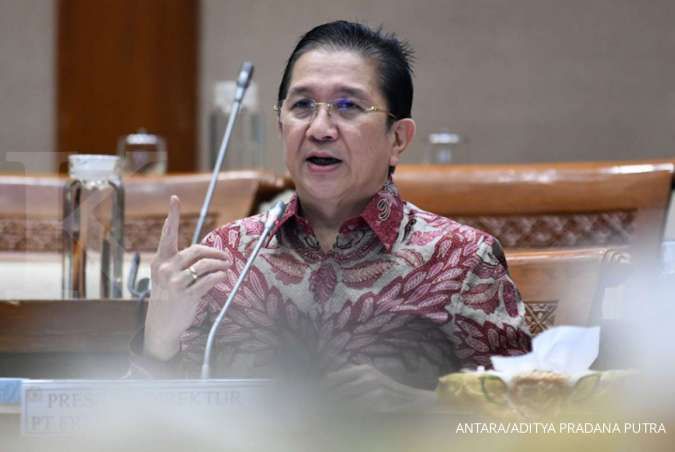 PT Freeport Indonesia (PTFI) assessed that the copper commodity still has positive prospects in the future.This is in line with the high demand for copper as a raw material for products in various industrial sectors.

Freeport Indonesia President Director Toni Wenas said the copper mining industry, like other sectors, was also affected by the Covid-19 pandemic.Before the Coronavirus spread, global copper prices were in the range of US $ 2.75 per pound.Then at the beginning of the pandemic, the price of this commodity had fallen to the level of US $ 2.10 per pound.

“The price reduction was felt and impacted us commercially,” he said in a virtual discussion with the Kompas Daily, Thursday (15/10).

However, the price of copper has actually started to recover slowly in the second quarter of 2020.This is in line with the improvement in China’s economy as the largest copper consumer.This result certainly had a positive impact on PTFI’s performance.

In Kontan’s records, PTFI’s copper production and sales experienced an upward trend during the second quarter.

Toni said, copper will still have a big role in human life in the future, even though this commodity is a non-renewable natural resource.This is because some electronic goods, such as televisions,gadgets, and air conditioners, really need copper to operate.

In fact, copper will have an important role in the transition to using clean energy that is environmentally friendly.For example, related to the development of electric cars.Toni said electric cars require four times more copper than conventional cars.

Copper is also very much needed in the construction of renewable energy-based power plants such as water, solar, and wind.”Hydropower requires more copper cables than fossil-powered generators,” he said.

To ensure that copper needs are met, PTFI continues to accelerate the development of anundergroundmine in Grasberg.With the transition from open-pit mining to underground mining, it must be admitted that PTFI’s production capacity has decreased.