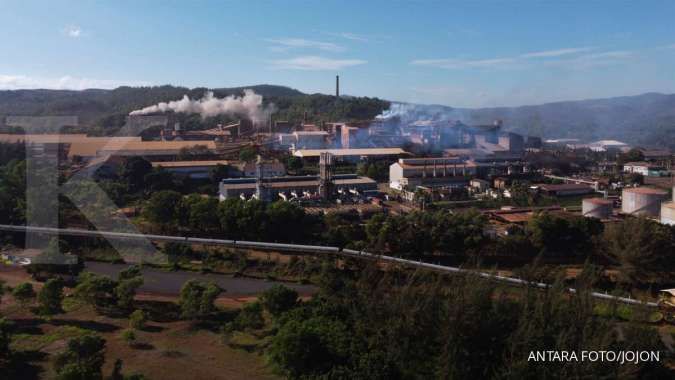 INCO produced 72,237 metric tons of nickel in matte throughout 2020. This realization was up 2% compared to 2019’s achievement of 71,025 tons.
However, this achievement is slightly below the new production plan installed by INCO last year, which is in the range of 73,000 tonnes.

Vale Indonesia Chief Financial Officer Bernardus Irmanto said this production figure is indeed slightly lower than the previously announced figure.This is due to planned maintenance which took longer than planned.

However, this figure is still in the range of production figures expected by Vale Indonesia.”In the midst of the challenges of operating in pandemic conditions, we consider this figure to be quite good,” explained Bernardus when contacted by Kontan.co.id, Thursday (4/2).

The decline in production in the fourth quarter of last year was more due to planned maintenance activities.

Meanwhile, ANTM was noted to have reported the realization of nickel sales and production last year.This state-owned company sold 26,163 tons of nickel in ferronickel (TNi) throughout 2020, a slight decrease of 0.18% from the previous year which amounted to 26,212 TNi.

During 2020, the production volume of nickel ore (unaudited) used as ferronickel raw material for ANTM and domestic customers was recorded at 4.76 million wmt, a decrease of 45.2% from the previous year which was 8.69 million wmt.

SVP Corporate Secretary Aneka Tambang Kunto Hendrapawoko said, ANTM will no longer sell nickel ore to the export market throughout 2020. This is in line with the Government’s policy to suspend the export license for nickel ore in early 2020.

“Therefore, ANTM’s nickel ore production rate adjusts to the level of sales demand and the absorption rate of nickel ore for the needs of ANTM’s ferronickel factory,” explained Kunto to Kontan.co.id, Tuesday (2/2).