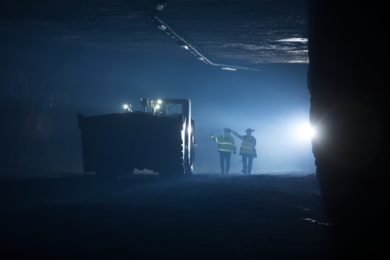 Record orders received, high revenue growth and improved profitability were all part of Epirocs June quarter financial results as the OEM also made significant headway on its diesel-to-battery-electric retrofit plan to help electrify the mining sector.

Orders received increased 37% to a record high of SEK11.07 billion ($1.27 billion). This corresponds to 45% organic growth compared with the June quarter of 2020, the company said, noting that the 2020 three-month period was significantly impacted by the COVID-19 pandemic.

Within this, equipment had the highest organic order growth of 76%, supported by a few large orders,such as an underground mining equipment order from Mexican contractor CoMinVi for use at several mines throughout the country.

The aftermarket also had a strong development, with organic growth of 26% for service and 42% for Tools & Attachments, Epiroc noted.

On the electrification front, Epiroc also highlighted that the June quarter had seen the company win several orders for battery-electric equipment,including one from Ivanplats for the Platreef project in South Africa, while receiving the first orders for its diesel-to-battery retrofit solution.The latter is starting with the conversion of diesel ST1030 loaders to battery-electric versions.

The period was also characterised by several acquisitions, including the purchase of Australia-based Kinetic Logging Services, Canada-based 3D-P, and South Africa-based MineRP. Chile-based Mining TAG and Meglab, based in Canada, also came into the Epiroc fold in earlier July.

Speaking toIMjust after the results came out, Helena Hedblom, Epiroc President and CEO, said the company had seen the automation, digitalisation and electrification trends observed across industry accelerate in these regions, among others, since the emergence of COVID-19.

We see that different regions are ahead in terms of different capabilities, she said. We have seen a lot around digitalisation and automation in Australia, and, in Canada, when it comes to electrification, there are a lot of things happening. South Africa is strong when it comes to software and, on top of that, there are some regional players serving the sector like Mining TAG.

We, as Epiroc, can come with our global footprint and help these regional players go abroad and roll out the technology on a global level.

These acquisitions have seen the companys staffing contingent swell in the last year. At the end of June, Epiroc said it had 14,569 employees across the globe, compared with 13,967 a year earlier, tied mainly to these acquisitions. Indeed, the three companies acquired during the June quarter came with 430 employees in total.

While Hedblom acknowledged much of the staffing increase was on the back of acquisitions, she did say the company was ramping-up additional workforce in manufacturing, in supply chain and in service.

And looking back to the rationalisation carried out across the company during the height of COVID-19 worries which saw a notice of termination provided to 425 employees in Sweden and the consolidation of the manufacturing of exploration drilling tools in Canada Hedblom said the company had since repositioned itself for the type of growth it was now experiencing.

When we did the correction last year, we addressed a lot related to, mainly, admin and back office. With these acquisitions coming on board, of course, the majority of employees are technology-related peoplesoftware developers and service people to manage the technology out in the field.

And, lastly, when it comes to the capacity to keeping up with record orders, Hedblom said: We have a very flexible manufacturing setup where we do the final assembly, in house, and a lot of the pre-assembly is done by some external suppliers. That is how we are and have always managed swings in order volumes.

We can also add more capacity if needed in our assembly lines. We are not regionally limited there; being able to use the different facilities we have in both the US and Sweden, in addition to China and India. We can balance that demand between the sites.