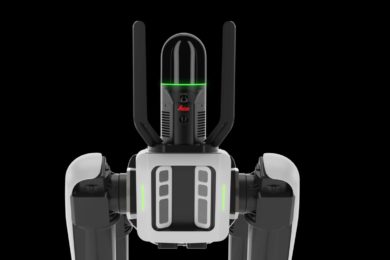 Hexagon AB has announced the introduction of the Leica BLK ARC and the Leica BLK2FLY, extending its BLK series of autonomous reality capture solutions.

Combining its speed, accuracy and versatility with robotics, the BLK ARC addresses the growing demand for autonomous solutions that can safely and repeatedly capture accurate 3D point clouds and panoramic images of changing environments with minimal user intervention, it added.

With a few simple taps on a tablet, users can quickly and easily scan structures and environments accurately and entirely from the air, the company said. The airborne scanning provides value across multiple industries in need of accurate data of inaccessible or hard-to-reach areas (eg faade projections, rooftops), ensuring complete capture of a structures exterior features and dimensions.

The BLK ARC and BLK2FLY connect directly to Hexagons cloud-based visualisation platform, HxDR, where immediate data upload from the field, artificial intelligence-enabled cloud processing and storage of the captured data enables instant delivery of a purpose-built smart digital reality to anyone who needs it.

While the first robotic compatibility for the BLK ARC is with the Boston Dynamics Spot, it can be integrated with other autonomous robotic carriers, according to the company.

The BLK2FLY introduces the next generation of flight safety with advanced autonomous obstacle avoidance. Sensor fusion of LiDAR, radar, cameras and GNSS ensures optimal and safe flight paths, it said.