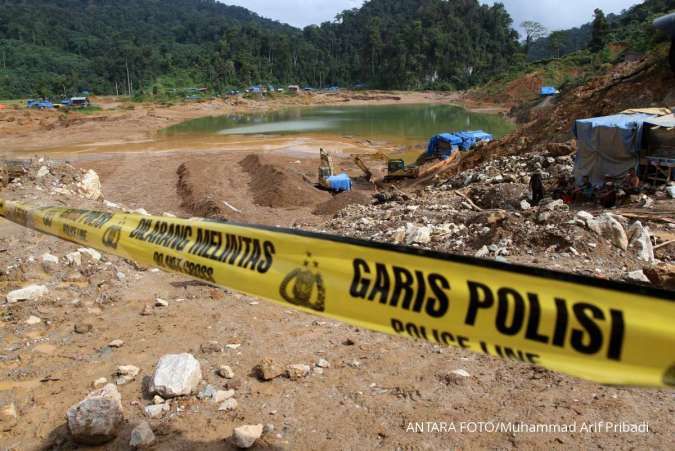 Daily Executive Director of IMA, Djoko Widajatno, revealed that this condition occurred on the land of the former PT Arutmin Indonesia.According to him, the land returned to the state has become an unlicensed mining area (PETI).

“From the extension that has taken place, the result is that 30% of the area returned by Arutmin to the state becomes a PETI area,” said Djoko to Kontan, Monday (1/11).

Djoko revealed that the purpose of changing the contract into a permit is to increase Non-Tax State Revenue (PNBP) and public welfare.Unfortunately, in practice this is actually the case.For this reason, Djoko believes that the government needs to reflect on this incident so that the extension of the PKP2B contract in the future does not repeat the case of the former Arutmin land.

The use of ex-PKP2B land that is not optimal until it ends up as an illegal mine will have a number of impacts, including reduced state revenue, the contribution of IUPK decreases as the number of reserves decreases, environmental damage due to illegal mining practices, losses for IUPK due to environmental damage will affect WIUPK.In addition, conservation efforts can also not be done.

On the other hand, the decision of the Constitutional Court (MK) regarding the change in the phrase in Article 169A of the Minerba Law Number 3 of 2020 which no longer guarantees contract extensions for PKP2B is assessed by Djoko as not going to affect the extension of the permit.”The extension of the contract into an IUP is basically an evaluation of the performance of the PKP2B holder,” Djoko concluded.