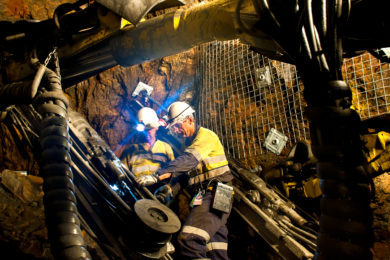 Macmahon Holdings has bolstered its order book with a number of contract extensions involving the Tropicana and Telfer gold operations, in Western Australia, and the Huu copper-gold project, in Indonesia.

At the Tropicana mine, a joint venture between AngloGold Ashanti Australia Ltd (70% and operator) and Regis Resources Ltd (30%), Macmahon has been providing mining services since open-pit mining started in July 2012 under a life of mine alliance contract.

The additional work for Macmahon follows the completion of a detailed final cutback study of the Havana pit and subsequent confirmation of the optimal method to mine the deeper ore in the Havana ore body. Macmahon has now been provided with the scheduling detail for the cutback, which will add 155 Mt to the material to be mined from 2024.

The final cutback of Havana will extend the open-pit mine life by four years, from 2023 to 2027, and is expected to generate additional revenue of approximately A$470 million ($340 million), it said.

Macmahon has also extended its life of mine contract with Newcrest for the Telfer mine.

On August 12,Newcrest announced it will proceed with the West Dome Stage 5 cutback at Telfer. This new scope of work is expected to generate revenue of circa A$138 million and will extend Macmahons work on site to September 2024. This new work has been negotiated on updated rates, which are forecast to achieve the companys internal financial hurdles, Macmahon explained.

In Indonesia, Macmahon has received a letter of award to construct an 11 km access road at the Huu copper gold exploration project on Sumbawa island. This work is valued at approximately A$18 million and is a further step in the companys strategy to increase its revenue from mining support services.

Subject to finalisation of contract documentation, the project is forecast to commence in September 2021 and employ approximately 150 people. The Huu project is 80% controlled by Vale SA. Vale has previously said the project could produce more than 250,000 t of copper and more than 200,000 oz of gold.

Macmahon CEO and Managing Director, Michael Finnegan, said: We are pleased to have secured this additional work which adds approximately A$600 million to our order book. A key highlight is the extension of our long-term alliance contract at Tropicana, which has been a cornerstone of our surface mining business in Western Australia for many years and has recently expanded into underground mining.