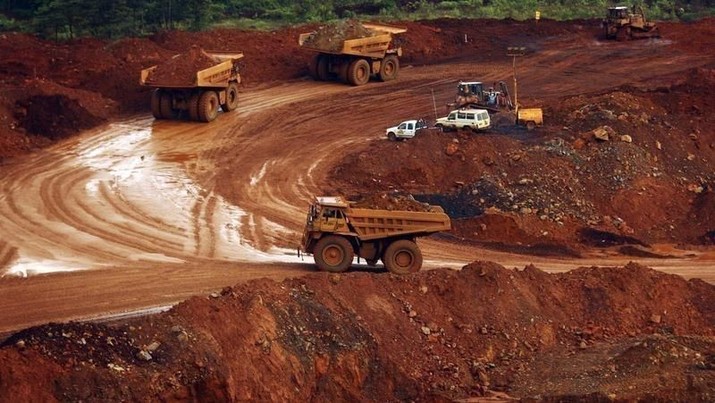 A number of coal companies are now flocking to expand into the nickel mining business to the electric vehicle ecosystem, why? Is the threat of the coal “apocalypse” really in sight, so that coal companies choose to start businesses in other sectors?

According to Hendra Sinadia, Executive Director of the Indonesian Coal Mining Association (APBI), the business expansion of coal companies to nickel mining, and even the electric vehicle ecosystem, is triggered by the company’s long-term business plan.

“For coal companies, the blessing of recent commodity prices is partly used for investment and investment into the electric vehicle ecosystem, including nickel, which is certainly one of the promising ones,” he told CNBC Indonesia, Wednesday (18/05/2022).

Meanwhile, in terms of coal production, according to him, coal companies will still produce according to the age of their coal reserves.

“In the short term the prospect of demand (coal) is quite strong, although there is a slight reduction due to the zero Covid policy in China, but it will not last long,” he said.

The Executive Director of the Indonesian Mining Association (IMA) Djoko Widajatno said the same thing. Djoko assessed that the expansion of the coal mining company’s business to the nickel mining business to the electric vehicle ecosystem is basically to improve financial performance and management performance.

In addition, he continued, what is no less important is the preparation for the energy transition.

“To meet this goal, they diversify their business,” he said.

“Demand from India and China, which are experiencing summer, need energy for their cooling, if possible, they ask for more, Japan and Korea, Hong Kong and Singapore, and others as well,” he said.

According to him, because the demand for coal is expected to remain high, while preparing clean energy, and of course if it is successful in making coal is clean energy and reduces CO2 emissions, so that coal production is estimated to remain high in order to achieve profits to finance the birth of clean energy. .

“This is purely diversification and also invests the proceeds from coal into the nickel industry and others,” he said.

Djoko said that because coal companies generally still have mining permits for another 10 years and can be extended, the company will maintain high production due to customer demand and profits.

So, when is coal production expected to decline?

“There has been no revision of the RUEN (General National Energy Plan), so the decline in coal use will only be seen in 2050, with the hope that clean energy will soon replace coal,” he said.