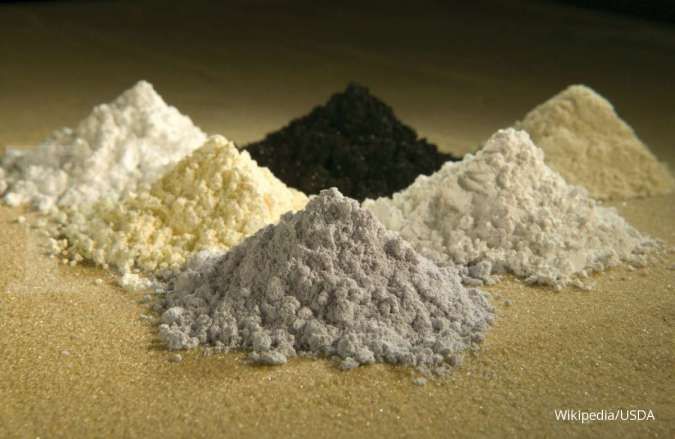 The development of the domestic rare earth metal (LTJ) industry is increasingly being taken seriously.

In a Hearing Meeting (RDP) last Monday (11/4), Commission VII DPR RI asked the Director General (Dirjen) of Mineral and Coal (Minerba) of the Ministry of Energy and Mineral Resources (KESDM) and the Director General of Metal, Machinery, Transportation Equipment Industry , and Electronics (Directorate General of ILMATE) of the Ministry of Industry (Kemenperin) to coordinate in compiling a road map for the development of the LTJ industry which can be economically and technologically developed domestically. The deadline is at the end of 2022.

“Commission VII of the DPR RI has asked the Director General of Mineral and Coal, MEMR and the Director General of ILMATE of the Indonesian Ministry of Industry to coordinate by compiling a roadmap for the development of the rare earth metal industry (LTJ) which economically and technologically can be developed domestically by the end of 2022 and submitted periodically to the Commission. VII DPR RI by involving the National Research and Innovation Agency (BRIN) and PT Timah Tbk,” reads the conclusion of point 2 of the RDP which was read by the leadership of the RDP Commission VII DPR RI, Monday (11/4).

A little information, in its utilization, the use of LTJ can be found in many industries ranging from the medical equipment industry, electronics, defense industry and many more. Rare earth metals themselves can be obtained as a by-product of processing tin ore, by-products of processing gold, nickel, bauxite or in zircon sand mining. In addition, rare earth metals are also potentially found in granite, coal ash, aka fly ash and bottom ash (FABA) and others.

In Indonesia, LTJ resources are found in a number of areas. Based on mapping data by the Geological Agency in 2020, Bangka Belitung is the province with the most LTJ mineral resources, amounting to 186,663 tons in the form of monazite and 20,734 in the form of senotim material.

The Director General of ILMATE, Taufiek Bawazier said, the Ministry of Industry has prepared a roadmap for the utilization of LTJ in the downstream chain. However, he considers that this roadmap will not work properly if it is not supported by strong LTJ reserves and mining industry upstream.

In addition, Taufiek also emphasized the importance of mapping data for LTJ minerals in the utilization of LTJ by downstream industries. “Actually, if we have a strong mapping in the sense that has been mentioned earlier, (downstream) investment may be able to enter it,” said Taufiek in the RDP (11/4).

The Director General of Mineral and Coal at the Ministry of Energy and Mineral Resources, Ridwan Djamaluddin, admitted that domestic exploration for LTJ minerals is still limited. Until 2021, the exploration activities carried out were still in the form of initial exploration. “Basically we have to admit that in terms of rare earth metal exploration, we are not yet advanced enough, our exploration stage is still limited,” said Ridwan.

Since 2021, the Ministry of Energy and Mineral Resources has carried out initial exploration through technical activities such as geo-magnetic georadar mapping, and others. This activity resulted in resource estimates in Keposang, South Bangka in a potential area of ​​250 hectares with a total volume of more than 35,000 tons of LTJ.

In line with Taufiek, Ridwan also considered that the synergy between the Ministry of Energy and Mineral Resources and the Ministry of Industry had an important role in the development of the LTJ industry.

“I might later with the Director General of ILMATE and the company really have to determine which direction we want to move first so that we can focus on determining the direction, because usually in Indonesia (resources) we can have many types, but there are not many – a lot,” said Ridwan.