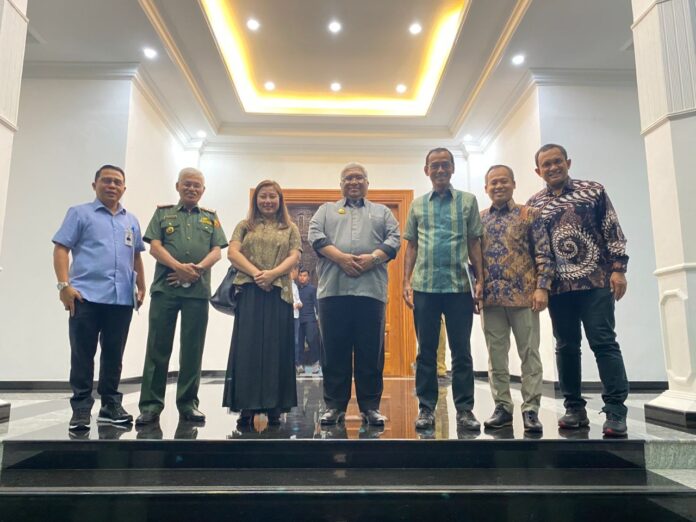 Febriany Eddy also conveyed the progress of the implementation of the Pomalaa Block HPAL Project. “We want to provide an update and convey directly to the Governor regarding PT Vale’s commitment to continue project execution in the Pomalaa Block,” said Febriany.

Ali Mazi, who was accompanied by the Regional Secretary of Southeast Sulawesi Asrun Lio and the Head of BKPAD Basiran, responded and responded to PT Vale’s visit very positively. The Governor strongly supports PT Vale’s presentation and plans in the Pomalaa Block.

The governor is enthusiastic about the development of the project, considering the absorption of nickel potential in the region is so large. This is further strengthened by looking at the track record of PT Vale which has implemented good mining practices for a long time.

On that occasion, Ali Mazi also committed to support this project from the licensing aspect, in accordance with the capacity and authority of the governor’s official and will help coordinate with the central government in this acceleration effort.

“Local governments can provide initial recommendations, of course by coordinating with related agencies. Likewise for licensing that is central to the authority. While waiting, we can provide recommendations as an umbrella for execution. What is certain is that the construction process should not be hampered,” said Ali Mazi.

Ali Mazi also hopes that PT Vale’s projects in his area will contribute to the people in Southeast Sulawesi, both from the aspect of labor utilization, as well as mitigation of environmental damage. Good mining practices while protecting the environment are also something that the Southeast Sulawesi government hopes for.

“I will take the time to visit Sorowako to see firsthand how PT Vale carries out good and sustainable mining, so that I can explain to the people here,” he said.

PT Vale Indonesia together with Huayou will build a HPAL High-Pressure Acid Leaching processing facility in the Pomalaa Block, Kolaka, Southeast Sulawesi. The cooperation framework between PT Vale and Huayou was agreed in April 2022. Both parties agreed to implement sustainable operations, by not using coal as a fuel source for this project. (rls)