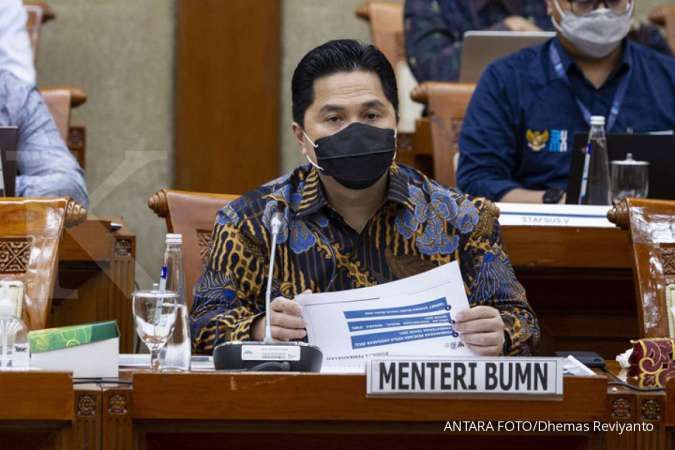 This transaction is a concrete step after last June, shareholders and Mind-ID signed ashare purchase agreement.

BUMN Minister Erick Thohir said that this acquisition step was important in the downstreaming of the national mining industry.”This is a good step to strengthen thevalue chainin Indonesia, as well as the development of the battery industry for electric cars as part of the energy system transformation process,” said Erick in his official statement, Thursday (8/10)

Just to remind, the divestment of INCO’s shares of 20% is an obligation of the 2014 CoW amendment between the government and Vale Indonesia.

In the Contract of Work, Vale must do this after five years of the amendment to the work contract.KK Vale Indonesia will expire in 2025 and can be changed or extended into a special mining business license (IUPK)

According to Erick, the acquisition of INCO shares is also an important development for the nickel industry.Moreover, Vale Indonesia has one of the best and largest nickel assets in the world.

This acquisition is also part of the BUMN’s mandate to manage Indonesia’s strategic mineral reserves and also downstream the national mining industry.Especially for domestic nickel to produce domestic products with economic value up to 4-5 times higher than upstream products.

“By becoming the second largest shareholder, Mind ID will have strategic access to secure the supply of raw materials for Indonesia’s downstream nickel industry.Both for downstreaming the nickel industry to become stainless steel, as well as into electric vehicle batteries, “he said.

In the future, Mid-ID will focus on nickel as the core business by building an ecosystem for the development of this type of mineral industry for the sake of downstreaming domestic products and opening up opportunities for collaboration.

Until now, to support this plan, Mind ID is building a lithium-ion factory which is planned to be near two nickel mines owned by PT Antam in Tanjung Buli, East Halmahera, and in North Konawe, Southeast Sulawesi so that they can compete in the world EV Battery market. 27.9% controlled by China.