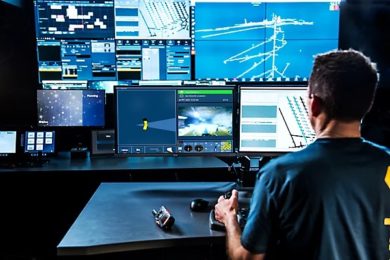 Newcrests Cadia Valley Operations has taken its Cadia East gold-copper underground mine to new heights, with the successful implementation of the first semi-autonomous integrated production level.The flagship project for the Mining Innovation and Automation Team (MIA) at Cadia has undergone a series of project stages and due to its success, has now moved into full operation as the site prepares for automation to be a standard part of its future operations.

Cadias General Manager, Aaron Brannigan, said the MIA team is changing the way the site operates. Not only is Cadia operating a semi-autonomous integrated production level, but the team has also developed industry leading technology which integrates automation into all third-party mobile equipment on the level. Innovation and technology is the way of the future and the mining industry is no exception. We see automation as the future of our Cadia East Underground Mine and through our industry partnership with Epiroc, we are already achieving milestones that will support this aspiration.

While a semi-autonomous production level can be seen at many operations across the world, he says the Newcrest and Epiroc partnership is taking automation to a new level with automation capability being adopted on support equipment as well.Safety remains our number one focus in our business and we are constantly looking at ways to improve our operations. The successful integration of a semi-autonomous level with the capability of full autonomy presents significant safety benefits.The mining industry as a whole is shifting to be more innovative, with an increased reliance on technology. This shift also means a shift in the skillset and specialist requirements for the business, which creates diverse career opportunities. We are already seeing this change in our scholarship and graduate programs with the introduction of new disciplines, Brannigan said.

Epiroc Manager Regional Application Centre, Rohan Anderson, said: Epiroc, in partnership with Cadia Valley Operations, is happy to have completed the latest phase of the Scooptram ST18 Automated Loader project.The autonomous system is now capable of full 24/7 production across seven drives of a whole panel cave. This now meets a key objective of Cadias by reducing major hazard exposure rates of manual operators on the production level and an objective of Epirocs of having a fully developed autonomous system.

Anderson added: Following the success of the phase, the team are now planning business as usual operation and support of the system and further expansions to other parts of the mine, integration of additional third-party equipment and further development of the system.Cadias innovation journey hasnt stopped with Panel Cave 1 it is now leveraging into other areas of the operation, with the hope of continuing to implement innovation and automation across the business